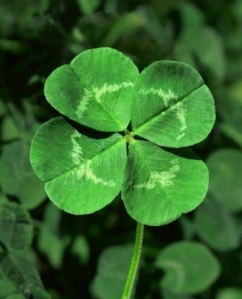 I crossed my legs, Indian-style, at our table in Downtown Cafe. It didn’t matter if my sneakers touched the restaurant’s cushion, the seat was missing almost all of its fabric. The yellow spongy cushion peeked out, adding to the local, hip, artsy vibe. I figured it was the perfect spot to meet Dillon for my fourth unlovable date. It was so unrefined at Downtown Cafe. So me. So not Dillon.

The first Saturday after I returned from Kansas, I went easy on the ‘make-under’. I couldn’t have Dillon think I was looking like a ghoul on purpose. Plus, I didn’t want to be seen out in public that way. Like it or not, dating Dillon quickly thrust me into the social spot light. Everyone knew Dillon. Everyone. Now, they knew me, too.

I opened my antique of a laptop. I had to hurry, it only got 45 minutes battery life, and I had to look at the online portal for a class assignment. I pray that it didn’t do this BEEP as it does sometimes. It sounds like a car alarm. I have to take the battery out when it does that.

“I need to get you a new one,” Dillon said from behind me. I turned to find him crinkling his upturned nose.

I shrugged. “I got a cool desktop with my scholarship money. I don’t need a new one laptop, this one still works.”

Dillon eyed the cushion that I was sitting on, the one that looked like it had seen Armageddon. He reached for a chair and scraped it towards my table. I saw a few hippies peek up from their paperbacks at the sound.

“Looks a little crowded over there,” Dillon said, peeking at the seat. “You and all of those billions of bacteria that are in that bare cushion has inside of it. I’m fine over here.”

I laughed and added two pig snorts after I was done. It was something I was adding each time I burst out. Dillon leaned back.

Is it working? It’s working!

He grabbed my hand and placed a tender peck on my knuckles. He then twirled the morganite ring around my finger.

But not fast enough, I thought with a frown.

“Oh,” I said, feeling as if he could read my mind. “Nothing, I was just thinking about that cop again.”

“That poor, classless little girl. Actions of a desperation,” Dillon said with a chuckle.

I gathered my lips to the side. I hated when Dillon showed solidarity with me. It made it harder for me to deceive him. And with each moment that passed, that is what I was doing: lying. Not because I was acting like a grosser, less sexy version of myself, but because he thought we were in a relationship and I was long gone.

“You know,” Dillon said narrowing his eyes and giving me a once over, “Do you need a spa day, or something? I can arrange that for you, ya know.”

“No,” I said opening up the homework assignment and squinting at the screen. “Thanks though.”

“How about something like, a facial at least. You look….stressed.”

“How about a little fun at Macy’s? New jeans always lightens my mood, at least.”

“Why won’t you let me help you?” Dillon slapping his hand on the table. The table wobbled.

“What is the use of being with someone if you don’t let them help you?” Dillon demanded, in a grumbled whisper.

I slammed my laptop shut.”I don’t need the kind of help you offer me, Dillon. You don’t know the first thing about what I really need.”

“Well, why don’t you tell me so that I know?” Dillon’s eyes clouded to a darker shade of blue.

I thought of Nash and folded my arms. “I shouldn’t have to tell you.”

Woa, Brie, slow your role. You don’t want him to hate you.

“Um, sorry,” I said peeking at the crooked clock hanging against the red brick wall.

“I have better things to do,” Dillon said, getting up.

My heart rejoiced when I saw Lauren in her perfect glory gliding into the coffee shop.

“Hi Brie,” Lauren said sitting down next to me. “Dillon.”

“Hey, Lauren,” Dillon said sitting back down. “Why the hell are you in town?”

“Visiting, of course,” Lauren said as she folded her leg. She spotted a busboy and said, “Oh excuse me hun, can I have a non-fat iced caramel latte with no artificial sweetener.

The boy looked confused, but went behind the counter anyway.

I curled into my stomach, for dramatic emphasis.

Dillon studied my face. He reached out and stroked my cheek. “Sweetie, I will take you home if you aren’t well.”

“No-no,” I said popping up, probably a bit too fast. “I want to be alone. I think I need the bathroom.”

Lauren did the ‘disgusted face’, showing her straight, perfect teeth.

Dillon looked into my eyes.

Can he read my mind? I thought as I forced a smile.

I gathered up my things and scurried out of Downtown Cafe. I crossed my fingers, hoping Lauren wasn’t rusty.

“Hey,” I said to Nash over FaceTime. He got to see the freshly showered, happy, not pretend sick Brie. What a relief.

“Hey beeotch,” Nash said. He took a crunch out of a big red apple.

“Are you eating a fruit?

I flicked him off.

“What the fuck does that mean?”

“It means, did you lose the loser?”

“Woa…didn’t know where you were going with the weight thing. Clever.”

“Not really, I heard it before.”

I fiddled with a lock of my blonde hair.

I tucked my hair behind my ears and let out a puff of air.

“Are you fucking kidding me.” Nash said wheeling back in his computer chair.

“Like the timeline matters. Do you realize what you are doing?”

I took a moment to think. Nothing but ugly thoughts came to mind, so I shook it off.

“Give me a break, Christ, Nash, I told you that it might take some time. My sisters and I hatched this plan-”

“You better be careful,” Nash said with pained eyes. “I love you, Brie, but I’m not going to be played.”

“Well,” Nash said with a half shrug, “ya. I thought you knew that.”

“You’ve never said that to me before.”

“But I thought I did,” Nash said cracking his knuckles, “in different ways. Of course, then I thought you knew I loved you as a best friend. But now that, well, you know. I thought that you just knew.”

“I always thought actions are the most telling.”

“Be careful with your actions,” Nash said. He logged off. Probably to make a point, but it was unfourtunate for my sake.

I groaned. Then, I looked around the house for someone. Anyone. Of course I would run in to someone I wasn’t ready to forgive.

“I need to talk to you, girlfriend,” Leah said, motioning me to follow her. We arrived at the vacant formal living room. “Please. Sit.”

I sat arossed from Leah and folded my arms.

“Neither do I,” I said rolling my eyes, despite myself.

“Okay,” Leah said adjusting her blouse. “I’ll try. I’m sorry for what I said to you in front of the other girls, the other day. I have a big mouth, sometimes.”

“Honestly, Brie, it’s hard for me to hear you say bad things about my cousin.”

“Nothing! I don’t want you to do anything. I’m just explaining what happened.”

“I don’t expect you to understand. But, I want you to know, that I know my cousin can be a dick. I know it! I don’t like it. It sucks. It doesn’t make it any easier to hear another person say it. Especially my best friend.”

I cocked my head. I’m her best friend? She never said that before. I guess she kind of became my best friend, without me even realizing….. But she can’t know that now. I’m still pissed. I thought as my heart felt like it was in front of a crackling fire.

“Brie, I never thought you dating my cousin would be difficult, but it is. I always wanted to be closer to him, but he pushes me away. Like I’m some mangy mutt from the alley. I guess I was excited when you first started dating because I thought…well…now it all seems so stupid-”

“It’s not stupid,” I said leaning forward. “Don’t say that.”

“You don’t hate me then?” Two large tears plopped on her cheeks.

“I never hated you! I couldn’t even if I tried.”

“But I would hate me, especially after saying something about Nash in front of everyone,” Leah said, sniffing and wiping her eyes, “that was a dick move.”

“Leah, the only one making dick moves is me.” I moved over to sit next to her. “I am, after all, the one who is technically dating two men.”

Leah laughed through her tears. “How do we get you out of this debaucal?”

“If you have any ideas on how to speed this up, let me know. I can’t risk losing Nash. I’ve learned so much over the past year and a half. But the thing that is most clear is that Nash is my soul mate. He is everything to me.”

“Oh, girl,” Leah said draping her arm around me. “I wish I had a Nash growing up.”

“It’s crazy, I always thought I had the worst fortune in life,” I said, thoughtfully looking at the ceiling. “Turns out, I was the lucky one.”

I turned my eyes back to Leah’s. “I just can’t mess this up.”

“Okay,” Leah said, with an expression resembling a boxer getting ready for the championship match. “We have to get you out?”

“What are you thinking?”

“Whatever it is, you’ll be out by tomorrow, even if that means you are the one doing the dumping.”

“The sorority will survive. That’s always been the truth. You have so much pressure on you and you care about everyone so much. At the end of the day, you have to do what you have to do. And we aren’t truly your sisters if we don’t support that.”

“Leah, you are so right. I guess I never thought of it that way.”

“That you were allowed to think that way for all that time. You know, I’m starting to think that this Mascot Girl this is the biggest bullshit.”

I snickered. “So how are we getting me out by tomorrow night?”